Yangon was the first place we visited in Myanmar and is for most people because of its well-connected airport. Although the convenience of getting there sure is a major advantage, I found that there are better reasons to start your journey through Myanmar in Yangon – or while we’re at it: why Yangon is great as a first place to visit in Asia altogether.

When we touched down in Yangon a couple of weeks ago, my head almost automatically started to replay the memory of the first time I set foot in an Asian city – not only because it’s been a fairly long time since my last visit to Asia, but mostly because it was the very first time to the whole continent for Marvin.

The combined effect these circumstances had on me was that when we left the airport and walked to a cab with our backpacks on, I was not only filled with excitement for what was to come over the next weeks in Myanmar – but somehow felt like the clueless 19-year-old again, who had left Europe for the first time only to stumble off a plane right into the fascinating mess that is called Delhi. 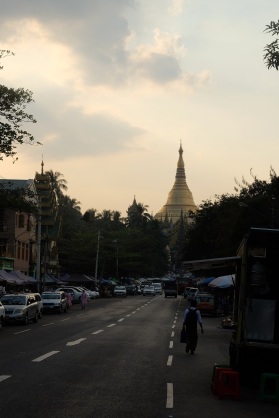 So there I was in 2016, heading towards the city in a cab, torn between the real life city that was passing right in front of my eyes, and the memory of my first cab ride in India more than six years ago. For a little while, I felt quite pleased with myself, because this time, everything was so not shocking to me at all.

I thought of Delhi and how riding a cab had made me fear immediate death every other minute. And now here I was with the traffic, the heat, the honking and general noise: Not freaking out at all. I’ll admit – I felt rather pleased with myself.

I glanced over to Marvin, who as I said had never been to Asia before, and there he was, all chilled out, and it struck me. IT JUST WASN’T SCARY AT ALL.

This wasn’t about me being more mature than six years ago, and if I ever manage to get back to Delhi, I’d probably be a little cry baby who’s scared to cross the street again. And while I was recovering from my previous bigheaded thought, I felt silly but relieved, because my brain had just been freed from comparing my arrival in Yangon to the previous one in Delhi. What does it even matter, I thought – and there I was, finally focusing on my current reality: and that was a holiday of almost three weeks ahead, in a country that I had never visited before.

As to Yangon, where our journey started and ended and came back to in between (due to infrastructural reasons), I’m still convinced that it is a wonderful first place to visit in Asia (and, granting myself another comparison, causes far less desperate moments of cultural shock than Delhi).

Yangon has everything Asian cities are loved and loathed for: The buzzing life in the streets, the markets with everything from butchers to car mechanics, the architectural gemstones slightly run-down but still radiating glory.

The all-vehicle-embracing traffic that follows its very own rules, the ever smiling people bustling along in clothes more colourful than you’re used to, the street food stalls that send their mouth-watering smells out to mingle with the gasoline fumes. 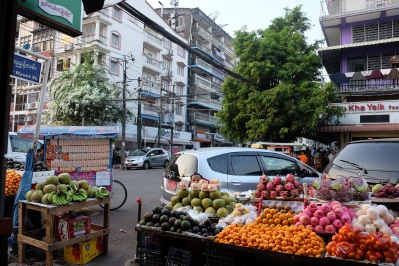 The sweat-stroking heat that seems to suck you in and swallow you up entirely, the holes in the pavement that give away the rotting abyss of the open sewage beneath, the dogs ambling by and the cats soaking up the warmth in every sunny spot.

The flies on top of piles of garbage, the temples with their beautiful golden tips glistening in the sun, and the light – this light that can’t be found anywhere further north in the world, this light that seems to sneak it’s way through the smog and makes everything look a little like its hiding in the morning mist, this light that is always reminiscent of late afternoon, too, because it paints every surface it touches this certain shade of gold that no picture can ever capture.

So… yes. Yangon has all of that – but it doesn’t throw all of the impressions right into your face in the first five minutes, it doesn’t force all its sounds, smells and sensations upon you in one instance. Yes, when you enter the street, you walk into a brick wall of heat, but it’s not a concrete one.

The honking and yelling and roaring motors ring in your ears, but you’ll still be able to find some quiet on every other corner. There’s people everywhere, but not everywhere. Vendors will try to navigate you towards their stalls, but they won’t harass you. You’ll get ripped off, but only if you’re not careful enough. You’ll be tired at the end of the day, but not overwhelmingly overstrained with what you’ve seen.

After all, it’s a city of five million, and not, let’s say, 17. And with all it has to offer and all it fortunately doesn’t, it is in my opinion a fantastic place to start discovering Asia. If I could give the 19-year-old idiot with the round-the-world-ticket a piece of advice… I’d probably still let her go to Delhi first and experience all the inability to cope she’s never felt before. It’s too much of a laugh, thinking about it now. 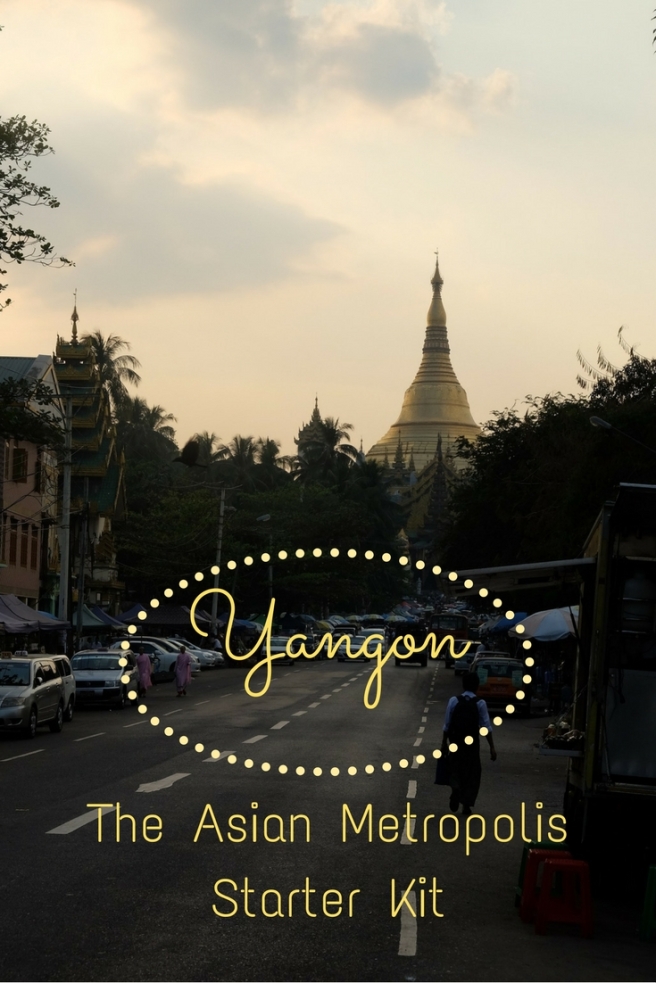